Volume 1 of the Evolution River Series

A new species, our descendants, are here now. Humans with genetic technology  are this new species, able to design life as we design buildings. The designers, not the designs, are the new species. Sea Species is the story of how the two species struggle to coexist as humans try to throw off the mantle of evolution that made them the dominant species on Earth. Can they put aside bias and fear, or must they destroy? Read on and find out. 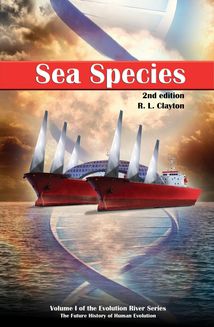 Volume 2 of the Evolution River Series

The civilization of Homakuwa, the descendants of humans and the second native intelligent species on Earth, emerges from under the sea to join the human race. With a single world government and a new prophet, a new era of peace reigns. Those wanting a return to nationalism begin a rebellion. After the United World Government and Homakuwa prevail, a catastrophe strikes the Earth and threatens the end of civilization. To survive, Homakuwa evolves again into a greater species. 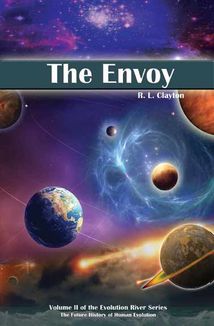 Volume 3 of the Evolution River Series

Descendants of the human race expand out into the universe, both the physical and beyond. Their physical evolution has changed them into creatures of space and any environ they encounter. Their mental connection expands beyond the physical universe, and they morph from a collection of individual entities into individuals making up a single entity. It joins other entities on the same evolutionary flow. The spirit evolves and joins the organism of the universe. The cycle begins again, with creation. 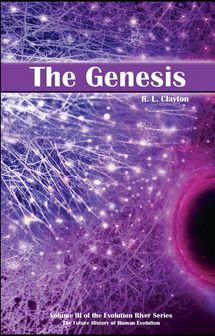 Growing up as the child of a WASP (Women Airforce Service Pilots) I met a number of WASP and attended their reunions. Gradually, I began to understand the enormous step they made in equal rights in America. I wanted to write a story about them that wasn’t a rehash of the many documentaries already researched and done. It was the incident described in the Author’s Notes that sparked in me an idea for an historical novel. I set fingertips to keyboard and began, but it was the Tall Grass Editing Co Op that helped me turn this into a fun read. The first draft took six months. The edits and rewrites took almost another year. This book is a tribute to Tom Brokaw’s the greatest generation. During the writing and rewriting, I truly appreciated a generation dedicated to something larger than themselves, the United States and the ideals it represents. Writing Wings of the WASP changed me. 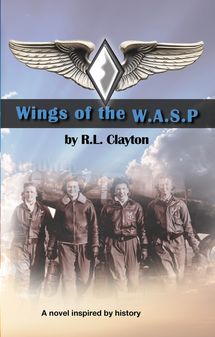 1st in the Dead Series

Dead and Dead for Real started as a terrorist thriller and remains so with a twist. Of the five books I’ve written, four contain a bit of the metaphysical. I built it throughout the Evolution River Trilogy to a crescendo ending that several people have told me changed their view of theology. It was an idea that first started in me as a boy. The metaphysical part of D&DFR was another idea that first came to me as a teen. I did not intend to include that idea in this book originally . The characters pulled it from me and made it a part of the book.

2nd in the Dead Series

Dead Reckoning continues the paranormal thriller “Dead” series. Lethal sniper Kiki Russell and medic Nick Sabino come out of hiding to battle a massive attack on the United States that has plunged it into chaos, beginning the descent into dystopia. With the United States isolated from the world, the government struggles to hold the Union together after the collapse of the economy, the destruction of the electrical grid and a smallpox epidemic that have killed more than half of the population. The world powers have changed and the fight for civilization begins.Add text

3rd in the Dead Series

Add textCrack U. S. Army sniper Katherine Russell (Kiki) and Nick Sabino battle the forces who have taken over the west coast of the U. S. after a devastating attack against America. With a huge bounty on her head, Kiki must take out the leader organizing rival gangs to form the new nation of Kalifornia. After being wounded, she is rescued by a group of refugee kids. Kiki, along with Nick and the children escape to Arizona for her recuperation. There, the kids are trained as a guerilla unit. Following a daring raid by the gangs into Arizona to kill Kiki and her family, the young guerrilla unit returns to Kalifornia to disrupt the unification movement and prepare for invasion by United States.

Risen from the Dead

4th in the Dead Series

Twelve-year-old Mohammed al Jar, escapes from the horror of a refugee camp in Libya by joining a radical Islamic group. As part of a bio strike against the United States, he is infected with a dangerous virus, becoming a bio-weapon. On the eve of his departure he realizes that his leaders are not being directed by God but a devil. He turns himself in to the local Imam who takes him to a hospital where he assists in stopping this dastardly attack. He dies from the infection but is reborn with the purpose of uniting the religions of the world, bringing them back to God.

US President Ron Carson sends Kiki Russell and Nick Sabino to determine if this boy represents the threat to world stability his advisors claim. Spreading peace to the war-torn Middle East, the boy is assassinated by those profiting from war. Nick and Kiki witness his resurrection.

Predicting a cataclysmic event that would lead to human extinction, Mohammed al Jar urges United States President Ron Carson to create a string of power gathering satellites beaming clean energy to Earth. By providing energy globally, the United States is insured a position of power in the world. To fund this endeavor, he must dip into the defense budget becoming an enemy of the Military Industrial Complex. Mohammed al Jar is again assassinated but reappears, bringing followers to his Faithism religion, lending credibility to his claim to be an envoy of God.

The Military Industrial Complex, unwilling to give up the billions of dollars, declare Carson an enemy. Nick and Kiki are forced to protect Carson from assassinations and fight those who perpetuate world conflict for profit. They become targets themselves.